Step by Step Socialization – At Home 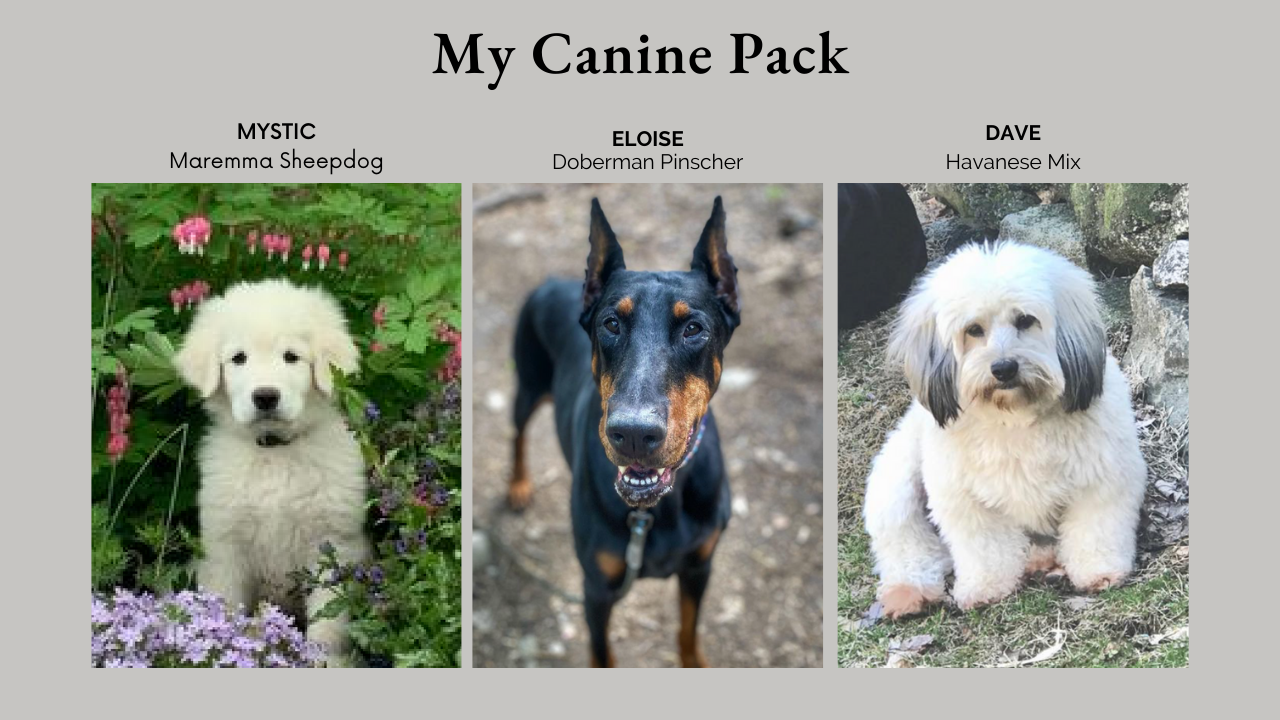 Maremmas are an independent breed. They were bred to roam the vast farmlands and open spaces of the Maremmano and Abruzzo regions of Italy, very rarely seeing a stranger who may try to interact.

I don’t live there. I live in the lower Fairfield County region of Connecticut. The largest open spaces are golf courses and public parks. We have neighbors. We have a community nearby.

I have to teach Mystic to socialize with people and other animals.

And socialization starts at home.

Besides Mystic, I also have a Doberman rescue, Eloise, and the old man of the house, Dave.

Their meeting was not great.

Dave is tolerant. He tolerates Mystic. Mystic is young and full of pepper. He does a lot of playful (but annoying) puppy stuff and Dave just waves him off. Maybe he’s just too old for the young whipper snapper’s guff.

On the other hand, Eloise avoids Mystic completely. Totally hands off. She won’t be in a room if the puppy is there. Heck, she’d rather not be on the same floor. She will do anything to avoid a confrontation.

That’s because on one of the first days Mystic was home, Eloise felt it necessary to correct something the new puppy was doing.

For which I then corrected Eloise.

Eloise was originally a tough nut. It took a while to gain her trust. But now that she has accepted me as her leader, now that we have a strong relationship, she does not like to let me down.

So rather than risk disappointing me again, Eloise chose the path of least resistance. She set strict borders in the house in order to keep peace. Clear boundaries make happy neighbors.

But pushing boundaries is part Mystic’s nature. Eventually something bad will happen again.

And it was my fault.

Socialization starts at home…but it shouldn’t. I know better.

From the beginning I should have taken Mystic and Eloise to a neutral location to get to know each other. A place away from home where neither had the “home court advantage”. A few meetings like that and then meeting at home would have been more natural, less stressful, and less likely to end in one trying to correct the other.

So, to Dog Gone Smart Canine Center we go!