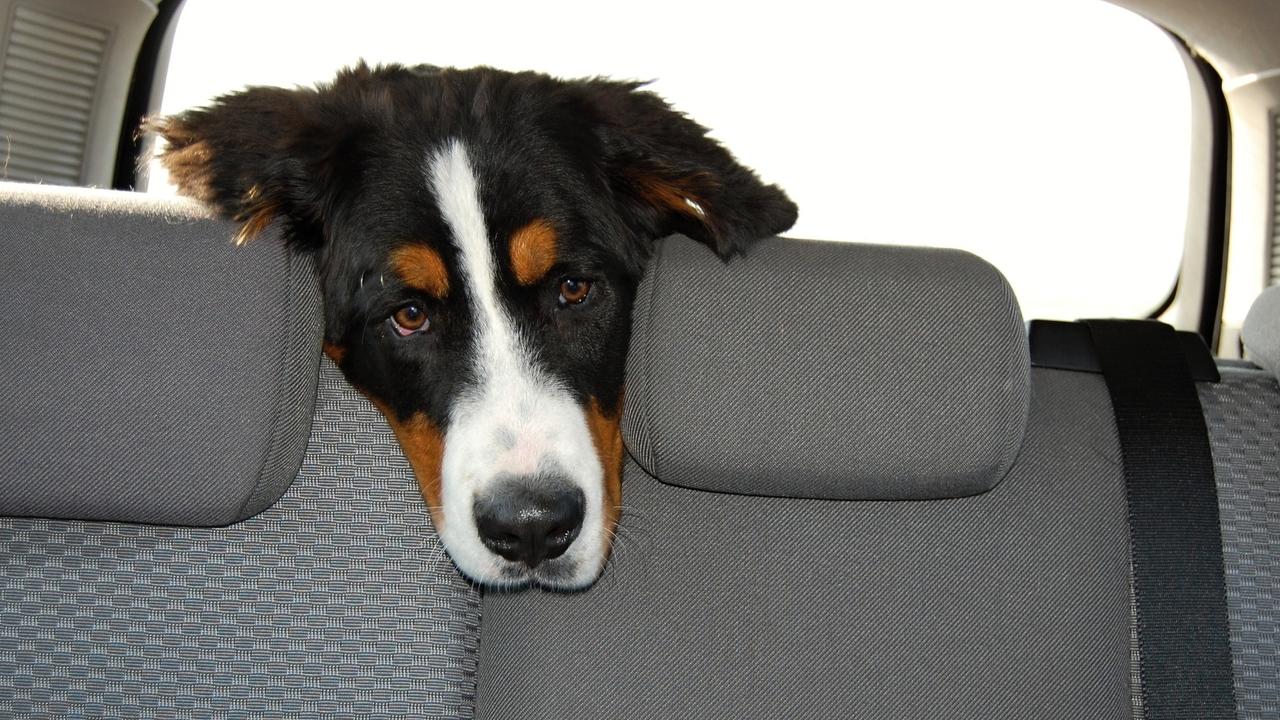 I was running errands the other day and in the parking lot of a shopping center I saw a familiar scene. A young family - having finished at the dog groomer - struggling to get their 80-pound Weimaraner into the car.

The dog wasn't acting untrained or belligerent. She wasn't having fun or jumping around in a playful manner.

The dog was afraid.

And I flash-backed almost 20 years. It reminded me of one of my earliest clients, Simon.

I first met Simon at one of my first training classes. His owners started him in basic training when he was a young dog (about 1 year old). I recall that Simon was not an exemplary pupil. He was often distracted and disinterested. Lessons required more repetition than usual.

When we asked if there was any specific behavior the owners wanted us to focus on, they mentioned that they could not take Simon anywhere in a car.

And a light bulb went off.

The next time class met, I made it a point to watch the arrival.

Poor Simon disembarked from the car looking rather ill and unsteady.

He was very obviously car sick.

That explained his disinterested behavior in class. With his body recovering from such an anxious experience, he certainly didn’t want to take treats or do any training.

When the time came for Simon's owners to put him back in the car, he would start pacing back and forth and start whining. Many times, he would start drooling which could be followed by vomiting.

They had tried holding him, giving him Rescue Remedy, and even putting him in a crate with a blanket over it for darkness but nothing seemed to work.

I explained to Simon's family that there was still hope. In my experience, many times a good dose of counter conditioning can do the trick. In this situation, our goal was to change Simon’s attitude or emotional response to riding in the car. First we would desensitize him to his negative feelings about being in a car.

I instructed the owners to go to the pet store and get a tasty bone, pig’s ear, or bully stick. The treat should be able to be consumed in about five to 10 minutes time. This is why a pig's ear seemed to work best.

From there the plan was straightforward.

The next morning I had his owners take Simon down to the car and put him in the back. He would naturally begin to whine and hesitate, but I told them to just give him the pig’s ear and then go and sit in the driver’s seat.

But not to start the car engine.

They were to stay there, listen to the radio, read the newspaper, have their morning coffee.

All while Simon enjoyed his pig's ear treat.

After about 10 minutes (and the treat was consumed), they took Simon out of the car and brought him back inside the house.

They repeated this for the next five mornings.

On the sixth morning they repeated the procedure, but this time they started the car engine.

Again, they didn't drive anywhere—just sat back and relaxed with their morning coffee for those 10 minutes.

And again, they repeated this for five days. Taking Simon back to the house at the end of each 10-minute session.

The important thing to watch was that at no time should Simon look ill or start to pace and whine. By this point Simon was getting excited when he was going to the car. In a good way.

On the 11th day it was time to take Simon for a quick drive.

Again, put the dog in the back of the car, give him his treat, and start the engine.

And drive no more than one minute to a destination.

This destination had to be fun for Simon. A dog park, beach, his favorite pet store, or get him out of the car for a fun walk.

The trick was for Simon to connect that the car was access to fun things.

Thereafter Simon loved going on car rides and he was able to travel longer and longer distances happily.

Simon even sent me a postcard from a road trip to Yellowstone a few years later.

I have used the Simon technique for years now and it usually works remarkably well.

I have even applied the same method to getting a clients' dog used to flying in his helicopter!