My Dog is Absolutely Crazy in the Car! 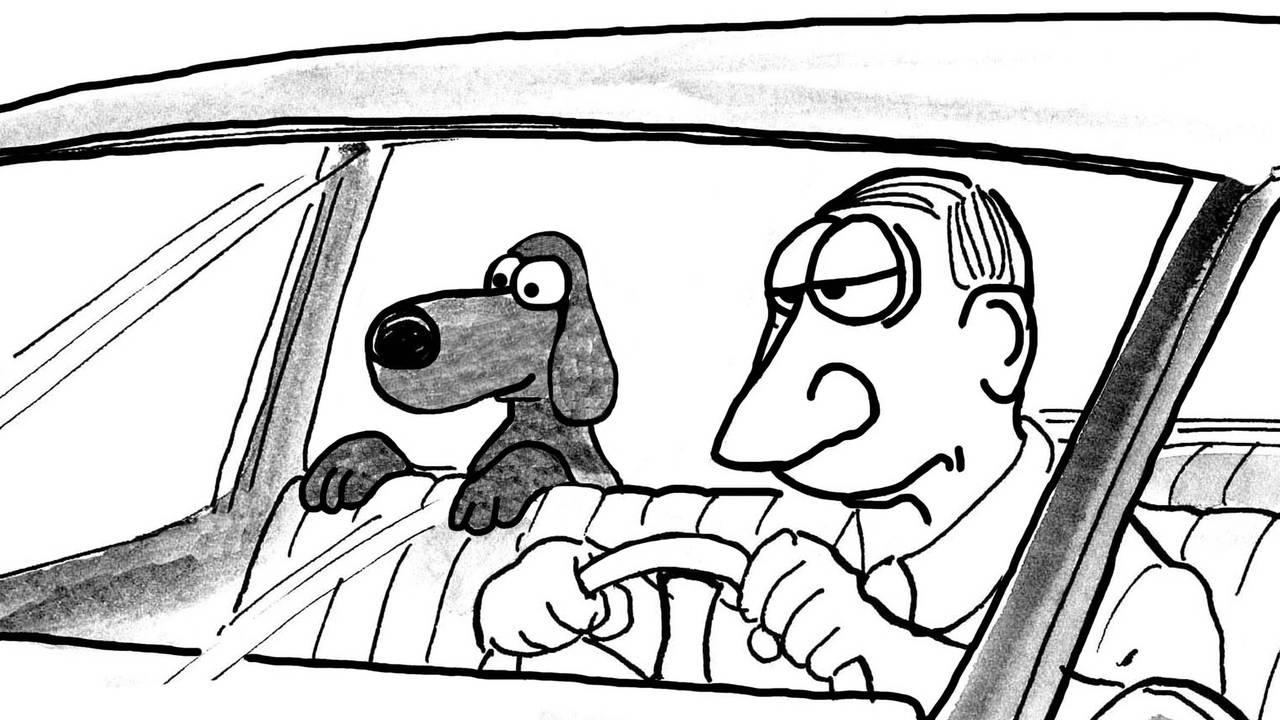 When I was in my 20’s, I owned a Doberman named Tyler that would drive me crazy every time I would take him for a ride in the car. Since I had a job that let me bring my dog to work each day, Tyler was basically my shadow, and everywhere I went, he went. As soon as I would put him in the car to go to work, he would start to pace side to side and would whine, bark and cry out loud for my whole journey (about 30 minutes). I thought initially maybe he was scared, but he wasn’t shaking or showing any signs of fear and it soon became apparent that he was more excited and anxious than anything. If he saw another dog, he would become even more frantic barking while he jumped back and forth over the seats. He was totally out of control and the biggest issue was that it was incredibly distracting and dangerous. Eventually I secured a crate in the back, but his whining would continue. I literally wanted to pull my hair out! No matter how much yelling I did at him, nothing make him SHUT UP!

Many owners have this same issue and they come to me at a total loss of what to do. Generally these dogs start whining and barking the instant you put them in the car and continue all the way to the dog park, doggie daycare center or Grandma’s house.

The same dogs also want to get into the front seat, which cannot only be annoying but also very dangerous.  They block the drivers view, jump on the driver and may even go down by his legs and get in between their feet and the gas peddle or brake. Yes, all these things happened to Tyler and me.

I always want to understand the cause of a behavior before I set out to fix it. This is always the best approach when it comes to stopping an unwanted behavior. I soon realized that the reason that Tyler was going crazy in the car on my way to work was that he was very excited to get there. He also thought that he was in charge of this journey and where the car was going. Yes, you got it - Tyler thought he was driving. He would sit on the front seat and put his nose to the windshield and would whine and scream all the way to work. His behavior would escalate as I got closer and closer as he knew the entire route.

So if your dog is excited by the destination at the end of the car ride, this is where the issues start. If he then thinks he is in charge of where the car is going and he can’t steer and actually control the direction and the car’s speed, it is going to cause him to have extreme anxiety.

So how do we fix this? Changing your relationship with your dog is the first step.  You must be in control of the direction of your walks - you go first and the dog walks behind (start with my recommendations for leash walking).  The dog must see that you are in the decision-making process of where you go and are headed.

After he gets the idea on a leash, it’s time to try him in the car. I like to start off training the dog when the car is not moving in the driveway. I’ll grab a cup of coffee and read the morning paper as I do this. So first you need to teach the dog to stay in the back seat behind you.  Once the dog understands he is not allowed in the front seat, we need to teach him to lie down on the back seat.  This can be the challenging part. Again, teaching him behavior when the car is not moving and then progressing to an empty parking lot is a great place to begin. The reason I teach the dog to lie down is because it prevents most dogs from looking out the window where they tend to see things and become more reactive. Sometimes getting a doggie seat belt and attaching him to a harness can be very helpful. This allows you to at least control his placement.

After you have been able to keep the dog in a down stay position while driving in the empty parking lot or deserted street, its time to take him for a short ride.  Many times I will ask a friend to drive and I get in the passenger seat to continue the training when the car is moving. Now try driving to his favorite destination like the dog park. Once you get there, park the car and wait until he is quiet and calm before you let him out. You see, don’t reward him for being crazy and whining. Only let him out when he is in a calm state of mind. This may take 20 minutes or so but it’s an important part of the process.  Repeat this step over and over. Now he starts to understand that he must be calm in order to get where he wants to go.

Sometimes you may need to use a mild aversive as a correction, however this cannot be the sole solution and can only be used after you have implemented the above processes. If you are going to use an aversive, I think a squirt water bottle or water gun works best. Tell him to lie down and if he starts to get up, give him a correction tone followed by a squirt of water to the face and ears. Yelling and screaming at him when he is in this state of mind will almost certainly escalate the anxiety and behavior. If you only put your dog in the car when you are taking him to a dog park or fun place, it can many times aggravate this behavior. In this case take him in the car often, but don’t let him out when you get to the destination. He will soon realize that the car ride does not always mean we are going for fun somewhere.

Remember if you leave your dog in the car, make sure there is plenty of ventilation and certainly don’t take him with you on warm days… leave him home.