Mastering Separation Anxiety: Treating the Cause and Not the Symptoms 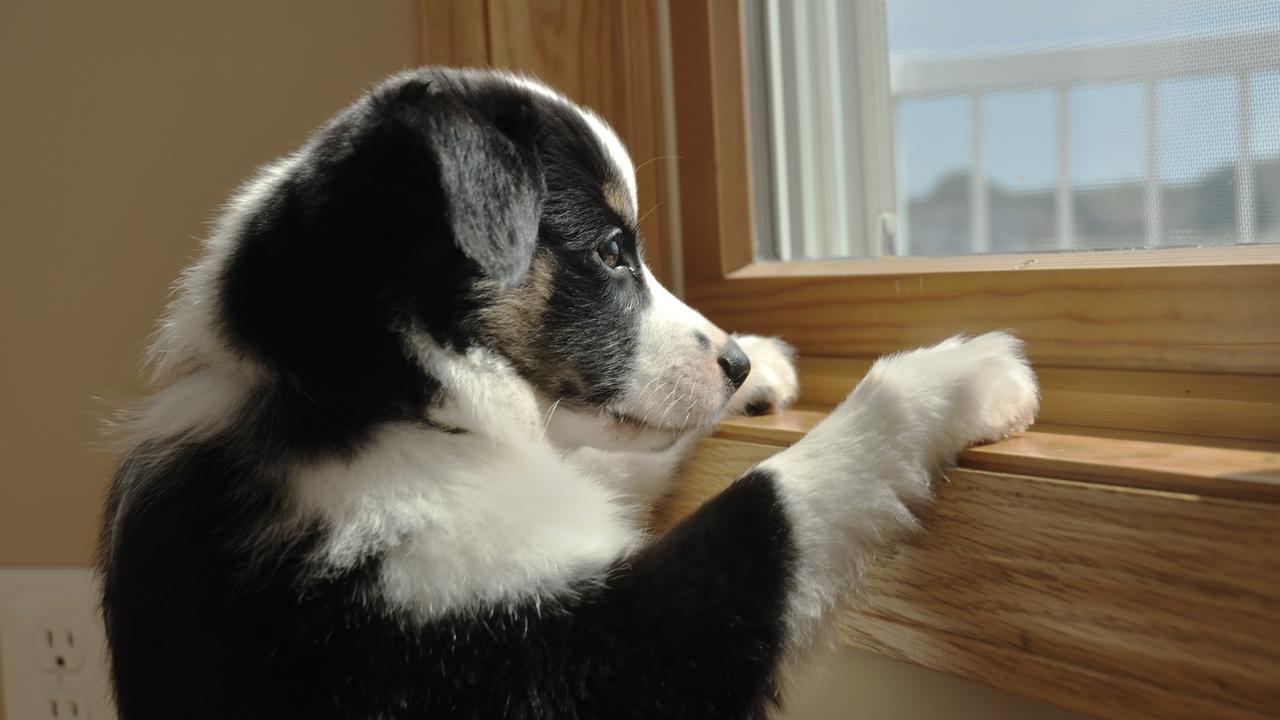 A friend recently reached out to me because her parents’ 7-year-old Standard Poodle was showing signs of separation anxiety.

Her parents had relocated to Florida and now the dog continuously barks when her parents leave the apartment and the neighbors are complaining. To make matters worse, the dog is also showing other symptoms and has stopped eating.

Many times a dog will start showing signs of anxiety (panting, salivating, pacing, barking and whining) as soon as the owners start to prepare to leave the house. The dog recognizes certain cues such as picking up the car keys or putting on a jacket. Some owners are even overt by saying, “Mommy will be right back”.

As soon as the owners leave the house, the dog goes into a panic mode and may start barking, becoming destructive, and even defecating inside the house.

Many behaviorists would suggest desensitizing techniques [link to car sickness] such as: picking up the car keys and not leaving, putting on a jacket and waiting a while before heading out, leaving for 5 minutes and then returning—gradually increasing the time away. The problem with this technique is that it takes a long time to implement correctly. And, for it to work, at the beginning the owners can only leave for short periods.

Very few people can realistically do this.

The veterinarians will often prescribe a drug called Clomicalm (clomipramine).

There are also more holistic medicines such as Rescue Remedy that you can put in the dog’s water. Dr. Harvey makes a product called Relax that has shown good results. Nature’s Vet makes a range of holistic calming remedies. One of the best products I have seen recently is the Calming Collar made by Sentry. The Calming Collar releases pheromones and has lavender and chamomile fragrance that are quite effective. I have also used a plug-in diffuser unit that releases calming pheromones called Comfort Zone made by Farnam. Another product that I have heard works very well is a product made by Dale Edgar Brand called Calm K9.

All these solutions treat the symptoms of separation anxiety and can be used in a pinch. But they do not treat the cause.

If we really want to fix separation anxiety, we need to understand its roots.

Many years ago I had the pleasure of watching a litter of coyote pups being raised by their mother on my farm. The mother had made a den in my stone wall where some trees had fallen. One day I saw the mother leave the den to go out for a hunt. I took this opportunity to go down and look inside the den. There, I found six small pups laying very quietly and contently waiting for their mother to return. About two hours later the mother coyote came back to her quiet babies.

A month or so later I saw the Coyote mother in total distress, yipping and pacing around the den area. At first I did not understand what was wrong. I soon realized that one of the pups was missing. After about 30 minutes the young pup returned and the mother finally calmed down.

We see similar behaviors with litters of puppies. When the mother leaves the whelping box, generally the pups will be calm and quiet (unless they are hungry) until the mother returns.

But, if you take a puppy away from the mother, we see her become very upset and anxious.

This is the key.

The separation anxiety we see in our dogs usually occurs when the dog views itself in charge of the comings and goings of its underlings.

The dog essentially views the owners as her puppies.

And just like a human mother worries and frets over her human children…the dog acts similarly. But with less understanding and a distorted sense of time.

In these cases, the roles in the dog/human family need to change. The owners need to become the leaders of the family by winning back being the master of the home.

Things like winning elevated spaces (couches, beds and chairs), moving the dog by walking through the dog instead of around them, going first through doorways and stairs, and starting and ending interactions such as play and petting all show you are dominant in the space.

These are a few of the things that let your dog know that you are “in-charge”. When a dog is no longer in the decision-making process in the territory, the dog will start to relax when you are away. Because it is no longer his role to worry and fret over the human pups who are missing.

Other things that you can do to help are making your comings and goings non-eventful. When you leave the house, don’t say, “Mommy is going away now but will be right back”. Just walk out the door and say nothing.

Similarly, one of the worst things you can do is a big greeting when you return home. The dog becomes more anxious as it anticipates your very eventful homecoming.

So, when you come home, ignore your dog for the first 5 minutes or so until your dog is calm. Soon it will be just another thing that happens in a day and not an event.

A dog with separation anxiety needs a secure spot to rest and wait for the owners to return home. Often creating a den for the dog really helps in settling him in a new home or unfamiliar environment. Place the dog bed or dog crate in a room in which everyone hangs out. The kitchen or family room is usually best.

It is also important not to put crates or dog beds near the house entrances and doorways as this puts pressure on the dog to be in charge of the comings and goings.

Put dog beds and crates underneath things or in corners out of the way. Never put beds or crates in the middle of the room where the dog feels exposed.

If the dog tends to lie in the middle of the floor, gently move the dog using your feet. In this way you are owning the territory. Soon your dog will realize that his bed or crate is his special place and he will seek out these comfortable spots when you leave the house.

Treating separation anxiety in this way has proven to be very successful for my clients over the years. It does not just treat the symptoms but instead goes right to the root of the problem.