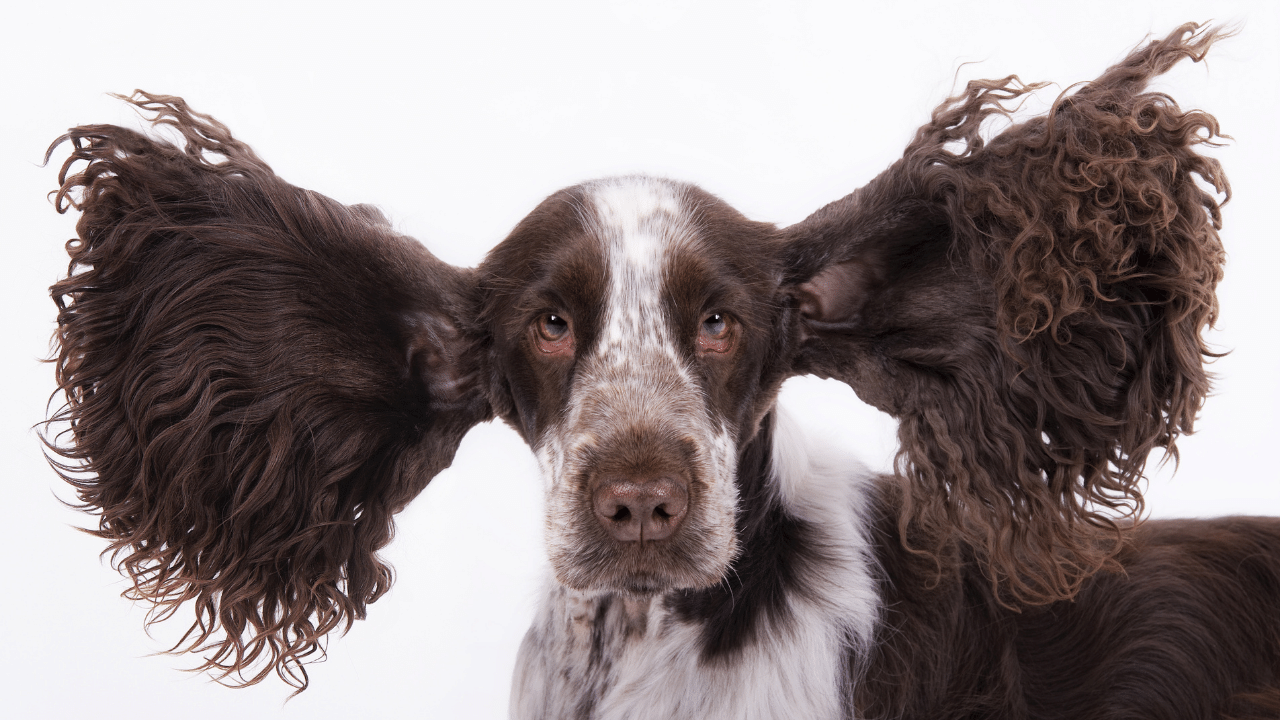 In communication between people, how we say things can often change how things are heard. We use nonverbal cues to change or refine the message.

Ask any couple in a relationship and they’ll tell you about the argument that stemmed from how something innocent was said.

And this is true in anywhere where people communicate. Entertainment, politics, advertising, media, and on and on.

You can go to school for years to learn the ins and outs of all of this.

But what if I told you that the same holds true for how we communicate with our dogs?

In fact, more than just dogs. Many mammals react to sounds and tones in similar ways. From horses to elephants and cats to dogs, sounds and tones elicit responses and behaviors almost independent of the verbal aspect.

And just like with humans, you can go to school for years and not learn all the subtleties that exist.

This is a BIG topic. But I don’t want you to worry about getting that deep right now. Think of this article as a primer.

Maybe I’ll do a video on this subject and get in depth. That way you can really hear the subject. Is that something you’d be interested in? Let me know.

For now, it is enough to understand the influence sounds and cadence can have. And, if used correctly, we can use to help us better manipulate behaviors in our dogs.

This is a concept I think most people can quickly understand: repetitive sounds help create movement.

This is probably just as true for humans as it is animals. Which is fortunate.

Where does that come from? Did the parents teach the child to do that?

Maybe it stems from the parents first teaching kids to walk. Those first steps are usually punctuated with “go, go, go”. Early races are kicked of with “run, run, run”. Repetition makes everything sound more exciting.

And, interestingly, in real practice, horse trainers around the world will use a repetitive clicking sound to make their horses move or go faster.

It’s just natural. So we can use that.

Many people get their dogs to come to them using repetitive clapping.

So let’s use that consistently when training your pooch to do something.

Try repeating every command that initiates an action three times. Not so fast that it sounds like a single long nonsense word. Be clear and enunciate each syllable quickly. It’s best to keep these cues to no more than or two syllables.

Using the Command STOP! With Your Dog

In quite the opposite way, long singular tones tend to instinctively slow movement or stop it all together.

Again, think back to children at play. “Freeze”!

It’s a sharp, sudden command. The word itself isn’t what causes the reaction, it’s the suddenness of the single, monosyllabic tone.

Watching Westerns as a kid, I knew that if you are racing along at full gallop and you suddenly realize there is a cliff looming before you, there is no time to slow down.

How does one stop a horse? ”Whoa”!

If it worked for John Wayne or the Lone Ranger, who are we to argue?

Interestingly this is also a universal sound that many horse trainers really do use.

Because a sudden sharp command gets attention. It stops the current action by drawing attention.

A common way to call our dogs is “Tyler, COME”!  But by saying the singular tone “come”, the dog instinctively wants to stop in his tracks.

Remember, your dog doesn’t speak English. The word has no meaning in and of itself.

I teach my students to say “Tyler, come, come, come”.  The repetition is a signal for movement. Soon the dog will recognize the word as meaning that you want him to move towards you.

It’s amazing how well it works.

Duke, I am your master

The pitch of a tone also has a tremendous influence on animals, particularly our dogs.

But it’s also true for humans. That’s why Darth Vader was such a menacing figure.

Deep tones or guttural tones tend to be threatening.

When giving praise to your dog, make sure it is not a guttural tone.

I can’t tell you how many times I see men praising their dogs using guttural tones and having a challenging time getting through that part of the training.

Once I had a gentleman who explained to me that every time he praised his dog Roxy, she seemed frightened and cowered away.

So I asked him to demonstrate.

This man was big. A lumberjack build. With a voice to match.

Sure enough, as soon as he started to praise Roxy, “Oh Roxy, what a good, good girl” (it was about as guttural as it gets), she retreated under the dining room table and looked scared to death.

It was the guttural tone of his praise that threatened and scared her.

As soon as I asked him to praise her in a higher pitch tone, like he was talking to a baby, she quickly ran from under the table to greet him with her tail wagging.

Praise should always be given in a high pitch (but not shrieking tone) like you are conversing with an infant or toddler.

One of my employees once told me a story about his newborn baby and the first time he met his grandfather. He had a deep, gruff voice with a thick accent that was always just a bit louder than it needed to be. When he first held the baby and tried introducing himself to his first grandchild, the child cried and squirmed. As soon as the grandfather learned to modulate his tone and volume, everything was fine.

Soon enough the grandfather could even use his regular voice since a bond had already formed with the infant and he was no longer scared.

With dogs it will be the same way.

You may feel a bit silly talking to your dog this way at first, but you will generally get the reactions you desire. And it need not be forever. Just the initial training and bonding. Though most people have great long-term success if they keep it up.

Using Volume With Your Dog

On a bit of a side note, dogs have tremendous hearing. Much better than our own. They can not only hear pitches that we can’t but they can hear things clearer, from further distances.

When you give a cue (or command) to your dog, you do not need to yell it. They can hear you just fine by using a normal or almost quiet tone. Too loud can actually distort the cue you are trying to give.

So give your throat and your dog’s ears a break.

If you have to yell your cues, then either the dog does not know the cue or he does not care what you think, and that is altogether another problem!

So next time you converse with your dog, think about tones you are using, and try to use them to your advantage.