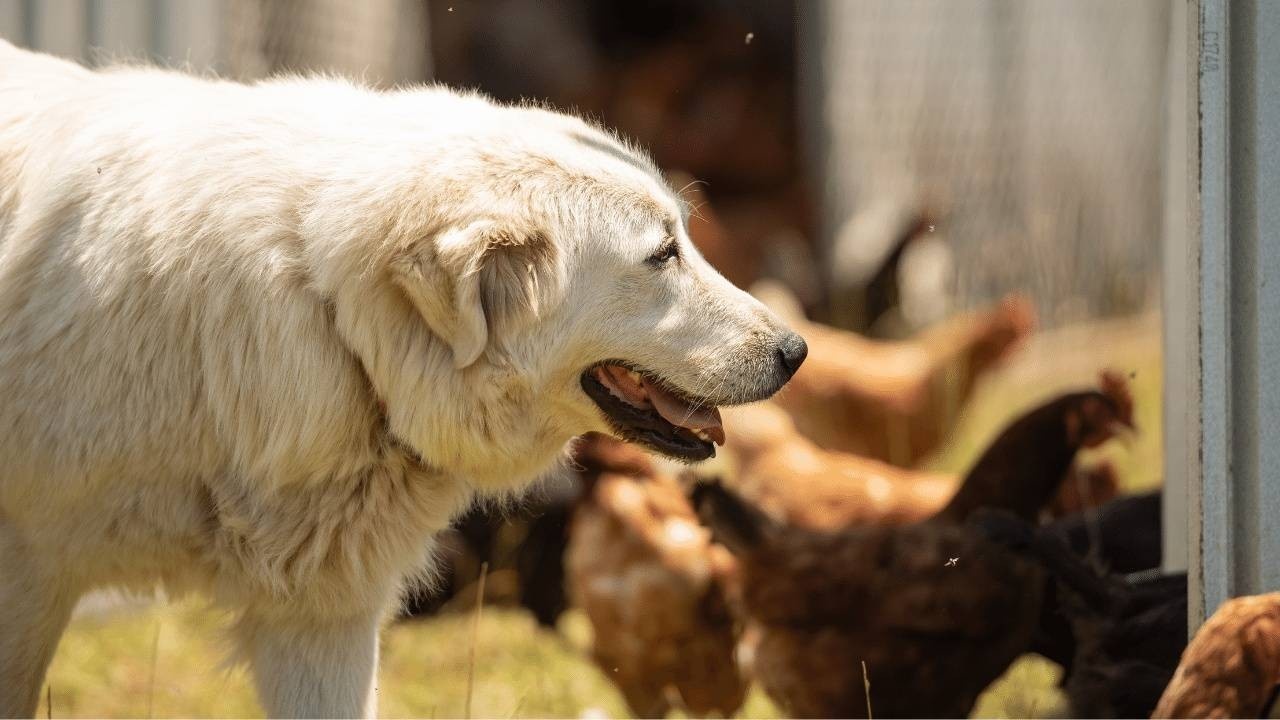 As many of you know I have a small farm in Connecticut. It’s not a working farm, but more of a hobby farm where I raise migratory waterfowl, chickens, domestic geese, and crowned cranes.

We also recently added a couple of horses as well. So it’s a good size spread with a lot going on. I love animals and this has been a passion project for a long time.

Predators on the Farm

Over the last year – like so many other people - I have unfortunately seen a marked increase of issues with predators on the farm.

Coyotes running the fences around the horses. Raccoons getting into my aviaries and killing several of my migratory waterfowl. I had a coyote jump over an electrified fence and eat one of my whooper swans. A great horned owl grabbed and badly hurt one of my emperor geese. A fox sneaked in and killed many of my chickens.

Last summer we even had to keep all the animals in the barn for a while as there were several black bears spotted in our neighborhood.

It’s been a rough year on the farm.

The predatory issues were so bad at one point that I even considered giving up raising animals altogether.

I have done all that I thought was possible. Everything had been enclosed but I added a second outer enclosure. For the perimeter I built higher fences and then electrified them.

I even installed several “Night Guard” blinking lights; a product that simulates nighttime predators to keep other predators away. While I have seen some success keeping some of these predators a bay, it is not even close to full proof.

I needed to find a solution and was racking my brain on what else to do.

Then I recalled what I had seen when I was “glamping” on a working farm in the Catskills a few years ago.

The farmer had a Maremma.

A livestock dog named Rose that protected the farm animals.

Maremmas are Italian sheepdogs that were bred to stay with the flock and protect the sheep from wolves. These dogs work independently and seldom go far from the animals they are protecting.

Every day I could see Rose constantly making her rounds around the farm checking on the cattle. Like a security patrolman walking her beat.

And during the day I would see her escaping the heat under the chicken coop where she could lay and still watch the other animals from that vantage point.

She never ventured far from the farm animals.

She was a friendly dog and would occasionally but briefly come by our camp, where she would get a scratch and a treat from my kids.

But one thing I noticed though, this dog was not focused on the people around the farm, she always had her eye on her animals.

While there are other breeds of livestock dogs, I liked the Maremma because they are known to be very smart and not as large as some of the other livestock dogs like the Great Pyrenes. Maremma males usually weigh around 90 - 100 lbs and the females around 70 - 88 lbs.

Although they like lots of space, they are not prone to wandering and can work a smaller farm. They don’t have a strong prey drive, so they’re not going to retrieve or play a ton of catch. They simply won’t show much interest in running after everything that moves, unless of course it’s a predator.

Like most livestock dogs, the Maremma also has a double coat, the outer coat is a bit long and the inner soft coat is a great insulator from extreme cold and heat. A dog essentially built for the outdoors in all climates.

They don’t have a strong prey drive and are good with horses, birds, and children. Maremmas are not prone to wander away and can thrive in all climate conditions. They are also not as big of barkers like the other livestock breeds.

So, this checked all the boxes for me!

Interestingly, the attribute that gave me the greatest pause is one of their greatest assets: Maremmas are known to be independent, intelligent thinkers.

You cannot train these dogs using fear and intimidation.

In fact, they are known to be not easy to train in obedience, even when using a positive motivational approach.

The best way to try and get any control over these dogs, is to be a good leader. But even this will not make them “pushbutton” dogs. Livestock guarding dogs do their job the way they want to.

The experts on these breeds, tell you not to get involved with them protecting their flock. Unless of course there is a dangerous situation. Outside of that, let them do their job. They instinctively find their place and take to the task of guarding the flock, which is amazing.

But as an obedience trainer, and a person whose whole life has been helping people get “control” over their dogs…this is going to be an interesting endeavor on which I’m about to embark.

I will have to change some of my normal and natural actions.

In many ways, the Maremma will be training me on how and how not to react in certain situations.

However, fortunately, since I strongly believe that it's all about the relationship in building reliability and consistency to live the best life with your animals, getting a dog to bond to me and for me to be a good leader should be the easy part.

Another challenge I am going to have is my family.

Maremmas prefer to live outside with their flock and are not happy if locked away from them.

The idea of having a dog that lives mostly outside and not in the house is going to be a tough one for them. Especially in the adverse weather conditions we can have in New England. Rain and snow are likely to produce wails of sadness and consternation. From inside the house.

My hope is that I can have my family see that the dog is happiest when outside and with the flock.

I will have to keep you posted on how that part of the equation goes.

Because, yes, we have decided to get a Maremma puppy.

We looked at adopting an older one, which in most cases would probably have been our preference, but because of the unique animals we have (migratory waterfowl), I chose to get a puppy that would get imprinted to them from the first. And it would also allow the birds to get used to a dog near them.

Maremmas are not an easy find here in the states. After searching for about a month, I was lucky to find one in the state of Connecticut where I live.

We traveled up to Mystic to visit a breeder who had puppies newly born. Their eyes were not even open, and they resembled more white rats than dogs.

We met both parents and they were beautiful and had wonderful temperaments. The owners let us watch them work around their farm and we got to see them in action protecting their livestock which was made up of ducks, geese, goats, and pigs. Again, like with Rose in the Catskills, we saw the natural, instinctive way they patrolled their animals.

After our visit we drove home as a family and I had that serious talk that all people should have before they decide to take a puppy. Was this the right kind of dog for us? Were we in a position to get a new puppy? Everyone would need to chip in and take on this responsibility. Getting a puppy as we all know was a huge commitment. We took a piece of paper and wrote down the pros and cons.

It became very evident that this was the right dog for us.

So I agreed that the puppy could sleep in the house until he was old enough and big enough to stay outside with our livestock. Reluctantly they agreed, but we’ll see how that plays out when the time comes.

We called the breeder and said we would want one of the males. And since the option was available, I asked if I could puppy test the litter at 49 days.

He agreed and offered me the pick of the litter.

If you don’t know what either “puppy test” or “pick of the litter” means, stay tuned.

So very soon I will go up to Mystic, Connecticut to test the litter and find our new puppy. And I plan to document the whole process.

We are excited as a family, and I’m excited to take you along on my journey as I pick a puppy and raise him as a working dog and family companion for my farm.

Stay tuned. This is going to be a fun adventure.