Does Playing Tug Cause Aggression in Dogs? 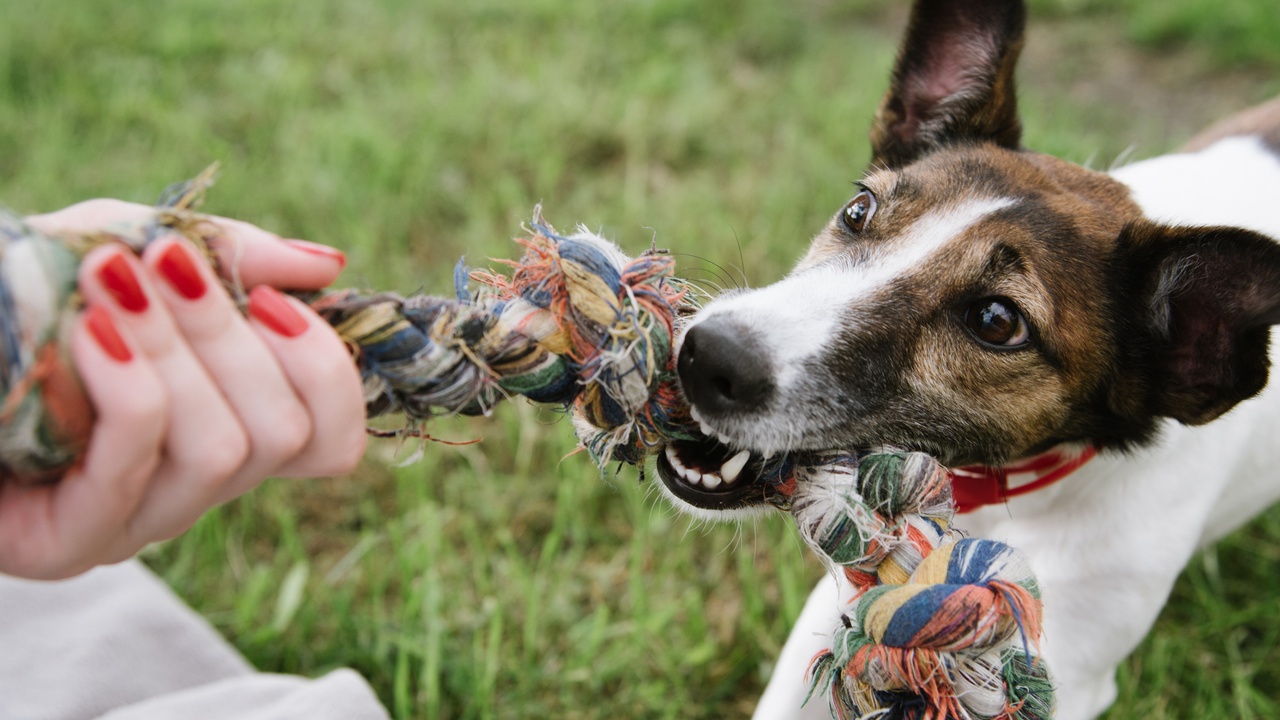 Does Playing Tug Cause Aggression in Dogs?

You’re out with Duke at the local dog park when you started gathering your things to go. As you pick up Duke’s car blankie, he darts in to grab it away. You pull. He pulls. You pull, he pulls…and then SNAP! He has it and dances around you with his blankie in his mouth.

Until the Beagle’s mom tells you that you shouldn’t play that tug-of-war game with your dog because it encourages aggression.

Is Duke getting aggressive?

There are many out-of-date books still on the market that tell you playing tug-of-war leads to aggression. But in reality, to a dog, tugging with you on an object is a bonding experience. A team sport often referred to as “group killing”.

You are killing this object together.

And while I know that sounds aggressive, it’s not about the killing but the doing it together. The camaraderie. Ask anybody who plays football or rugby if the game is about the physicality or the sportsmanship. Same idea.

I’ll say it again, tug-of-war helps build a bond with your dog.

Many dog handlers who compete with their dogs in agility, obedience, search and rescue, and Schutzhund, use tug-of-war as the reward. At the end of the exercise, the handler will say a release word (letting the dog know they have accomplished the task) like “Free Dog” and pull out a tug toy they have hidden in their back pocket.

You may wonder, “what about all the growling”?  Dogs that growl during tug-of-war are usually the more insecure dogs. The louder the growling, the less confident the dog.

When I used to test puppies for police competition to see if they were good candidates for the work, I would play tug-of-war. If the puppy growled, I would often reject the dog for this type of work.  Growling, in this case, would show insecurity.  A confident puppy will not growl when playing tug-of-war.

Allow me to offer a few rules to help make this a fun game for you and your dog:

Rule 1:
You must be the one who controls the tug game.

Pick a tug toy that your dog likes and keep it away from him when you are not actively playing the game. I recommend that in most cases that you always win the game at the end by taking the toy away and leaving him wanting to play more. This way the dog will be more motivated to try harder in order to get to the tug. For many dogs, playing tug is more motivating than getting a treat.

Rule 2:
Keep the dog’s attention on the tug.

If he starts to move his mouth to your hands or other parts of the body, yell a loud “Ouch!” and redirect him to the tug. If he continues and starts getting a bit too mouthy and not focused on the tug, end the game and put the tug away.  After he calms down, you can try it again.

Rule 3:
Try to make your dog do something in order to play the tug game.

For example, to get a fast reaction to the down command, say “down”, and as soon as his elbows hit the ground, give him a release cue (Free Dog), whip out the tug, and start playing.  Pretty soon he will drop on a dime when you command “down”.

Some dogs are just too powerful to play this game with children and even the elderly.

Go have so fun!