How to Housebreak Your Dog 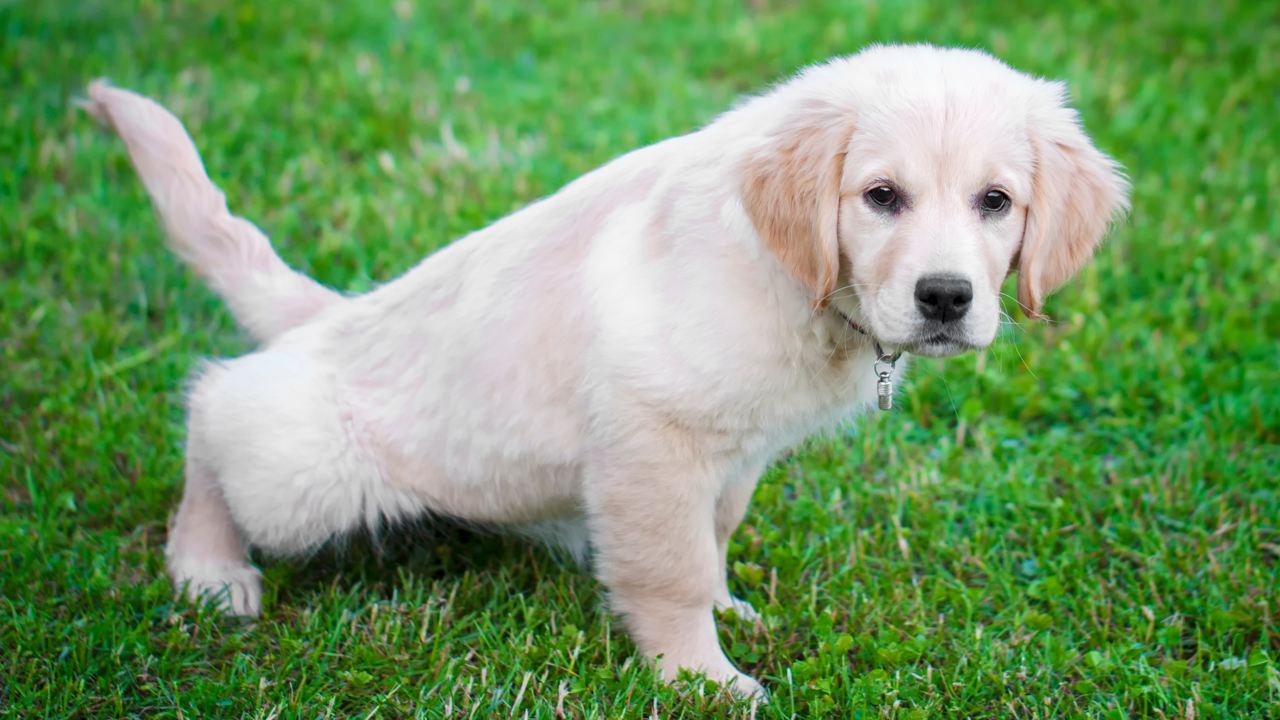 Like in most of my trainings, I try to approach housebreaking as naturally as possible. As instinctively as possible. Dogs have a natural den instinct. They like to sleep in a small, close, dark, confined space. And they will not soil where they sleep.

We can take advantage of this natural instinct to housebreak them.

Paper training or using wee wee pads goes against this natural den instinct. It teaches the puppy that it is okay to go to the bathroom in his den and this confuses the puppy. In fact, it is so contrary to their nature that some puppies who are paper-trained will eat their feces to keep their dens clean. So, paper training or using wee wee pads is an unnecessary and even detrimental step in housebreaking.

We first start out with a crate. Puppies need a lot of time to sleep because their bodies are growing so fast. They should only be allowed out of the crate when you are supervising them, and even then only in a confined area.

The crate should only be large enough for the puppy to stand up, turn around, and lie down.

I know this seems cruel. Trust me, it’s not.

The pup is not getting exercise in his crate. It’s a den. Small, close, confined.

If you have a large crate, make it smaller by securing a board or box inside it. Gradually expand the size of the crate as the puppy grows.

If the puppy goes to the bathroom in his crate, it is too large. This means he is able to urinate or defecate in one spot in the crate and sleep in another without soiling himself. Make the crate smaller.

This is not cruel!

If he continues to go in his crate, remove all bedding and padding as this only acts like a diaper, absorbing any moisture. We want the puppy to be uncomfortable sleeping in his own mess. This will make him avoid doing it again.

Puppies can go for about four hours in their crates before they need to go out. When they are very young, they will need to go out late in the evening and very early in the morning. These intervals will gradually increase as the puppy grows.

It will help to feed your puppy at fairly regular times each day. This will help the pup establish a biological cycle where he will need to go out at around the same times every day. Writing down his bathroom activities in the beginning may help you to see a pattern.

Do not give the pup water after about 7:00 p.m. This will make it easier for him to make it through the night.

You should always take the puppy outside when you first take him out of his crate, whenever he wakes up after a nap, or after active play. Take him outside on a leash and when he does go, praise him with a specific word or phrase such as “good potty” when he is in the act of going to the bathroom. You can also give him a treat if you like. If he does not go, put him back in his crate and try again in about 15 minutes.

Do not let him out of his crate to play unless he has gone outside.

After the puppy is reliable in his crate, we will gradually expand his den area. We will now enclose him in a small area of the kitchen or playroom. Do this with gates or an exercise pen (available at pet shops).

When he has not had an accident in this area for two weeks, then make the area a little larger. Continue in this manner, adding new rooms one at a time, or even parts of rooms at a time.

If he makes a mistake in the area, then go back and make the area smaller again and wait until he’s been reliable for 2 weeks before expanding.

Please do not rush this or you will end up with a dog that is never reliably housebroken.

If you have a formal room that you do not spend much time in, be sure to train the dog to that room or never allow him in it.

Whenever the puppy is outside of his crate you need to supervise closely. It is imperative that you can catch him in the act of going to the bathroom in the wrong area. When you catch him going in the wrong area, what should you do?

When you pick him up, he will stop going. Carry him outside, while continuing your guttural growl. Once outside, put him down, stop the growl and praise him when he does go.

It is critical to catch him in the act so that he can learn. Even one second after he’s gone is too late to correct him. Puppies DO NOT understand what they’ve done wrong if you scold them afterwards.

What they are reacting to is your harsh tone and threatening posture. This will only make the dog go into avoidance to you because he does not understand why you’re angry with him.

So, after the fact, clean it up and try to catch him the next time.

For cleaning up, I have found that a solution of white vinegar diluted in water (1 cup to 1 quart) works best at neutralizing the odor. Blot or pick up first, then clean with soap and water or carpet cleaner. Pour on the diluted vinegar and let it soak in.

Of course, be sure to test the carpet first.

Do not use ammonia products as ammonia is a component of urine and this will attract the dog to the same spot.

If you’d like the dog to use a certain area of your yard to eliminate, take him on a leash to that chosen spot each time you go out with him. You can also try putting some of his excrement in that spot.

However, do clean up often as dogs will avoid areas that are too dirty.

Dogs are not completely reliable until about a year old but if you follow these directions, they will have fewer and fewer accidents over time.